The Variant series is about a young girl named Alex Parker who has special powers along with a few others called “variants”.

********The author is Jena Leigh and I was lucky enough to get to send her a few questions based on both her, her book (and the rest of the series), as well as gain a few writing tidbits. I love the fun and honest answers that have been given. Thank you Jena for your quick responses! Check her out here. And you can follow her on tumblr too! Also make sure you check out both her books out now! 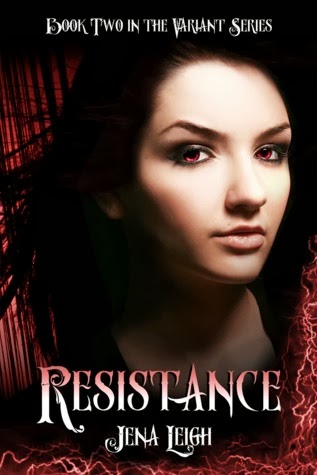 The Variant Series book #2 is here! After a long wait to see what happens to Alex and the gang, it is here. How exciting for readers and the author alike! Jena Leigh CONGRATULATIONS on book #2. I was beyond excited to read this (so you know book 1 was great!) and it did not disappoint.

Alex is still on her journey to find out more of both her past and what the future holds. She is also very determined to beat all odds of fate and what others have planned for her. In the end she gives in slightly, but continues to stick to her morals and do things her way. Cassie continues to be the most amazing best friend that you would wish to have. While you'll root for Alex's romance with a certain boy (not going to give it away, but if you read this first book you'll have a good idea); I also had the secret hopes of another (my heart broke for him, while wanting to scream at him all in one breath). I am still torn (but that is what the semi-love triangle does) between which couple should truly be together due to the loves bring out different sides of Alex; both great. They also both love her, but in different ways making it that much harder to really choose (IMHO). The triangle is not truly explored, so it's not obnoxious and maybe it's because of the first book that you really know, but it's there.

While not only rooting for Alex, you're rooting for them all to win and prevail against all odds. They do. Mostly. It's not overly dramatic, and although it is a fantasy novel, it also oozes reality in slivers. You can (or I could and I doubt I'd be the only one!) notice little bits of "that could be written about me." moments throughout the book. I think that makes this book a gem and a great read in and of itself. Besides that, we get to delve more into all the characters, and get introduced to some great new ones.

*Another quick read and if you have not read the first one, getting both will make sure you are not itching for number 2 already. I cannot say the same for book 3 (haha). I'll just have to wait patiently.
No comments:

(Fairville Woods Series) Into the Ashes & Through the Eyes 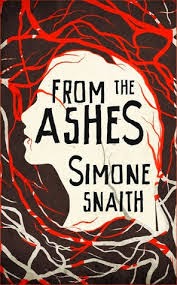 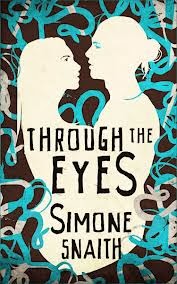 Book #1: Besides being a fantasy junkie, I also love "olden times" based books. What I truly love about From the Ashes is that both characters were born in another time (early 1900's), yet it takes place much later than that. Olden times with a modern day twist! It also consists of romance, supernatural, and curses. From the moment you start reading you want to see what happens to Lundy, a beautiful young girl that is possibly dying. This is not just her story, but the captivating Harlan's as well. You root for them every step of the way in hopes of a happy ending. Simone Snaith does not disappoint with her twists and turns, and beautifully written words. Without giving too much away, the story guides you on a special journey the two take together not just for love, but for Lundy. Soul mates if it ever existed would be these two, and it is shown from the first moment they meet. It is not just a love story though, it is about overcoming destiny and making it up as one goes along. Just wait until you get to the ending, and the great thing is you do not have to wait for the second in the series!

First off: Congratulations to author, Simone Snaith for finishing and getting the sequel out.

Book #2: Through the Eyes is the thrilling sequel to From the Ashes and it is filled with all the greatness of the first, but continued further. Simone Snaith has really taken the time to nurture the series and remain true to the first book. Although the curse has changed, which changes one of the characters slightly (enough to tell even from the beginning), it does not differ from the hopes one might have for Lundy and Harlan to get their happy ending. If anything, it makes you convinced they will, but with all the twists within you get the elusive feeling it may not end as well as you thought. I also loved how new characters are added, which makes it a bit more realistic, and lends to the new content fairly well. The ending wrap up of the book was fantastic, and although I wished for a few things to be different; it was a great ending.

Vampires. Ghosts. Curses. True Love. = A recipe for greatness.
*Another wonderful read that you do not want to put down and you definitely do not want to end. It will suck you in and possibly keep you an insomniac due to not wanting to put the book down and dreaming of a love like there's. 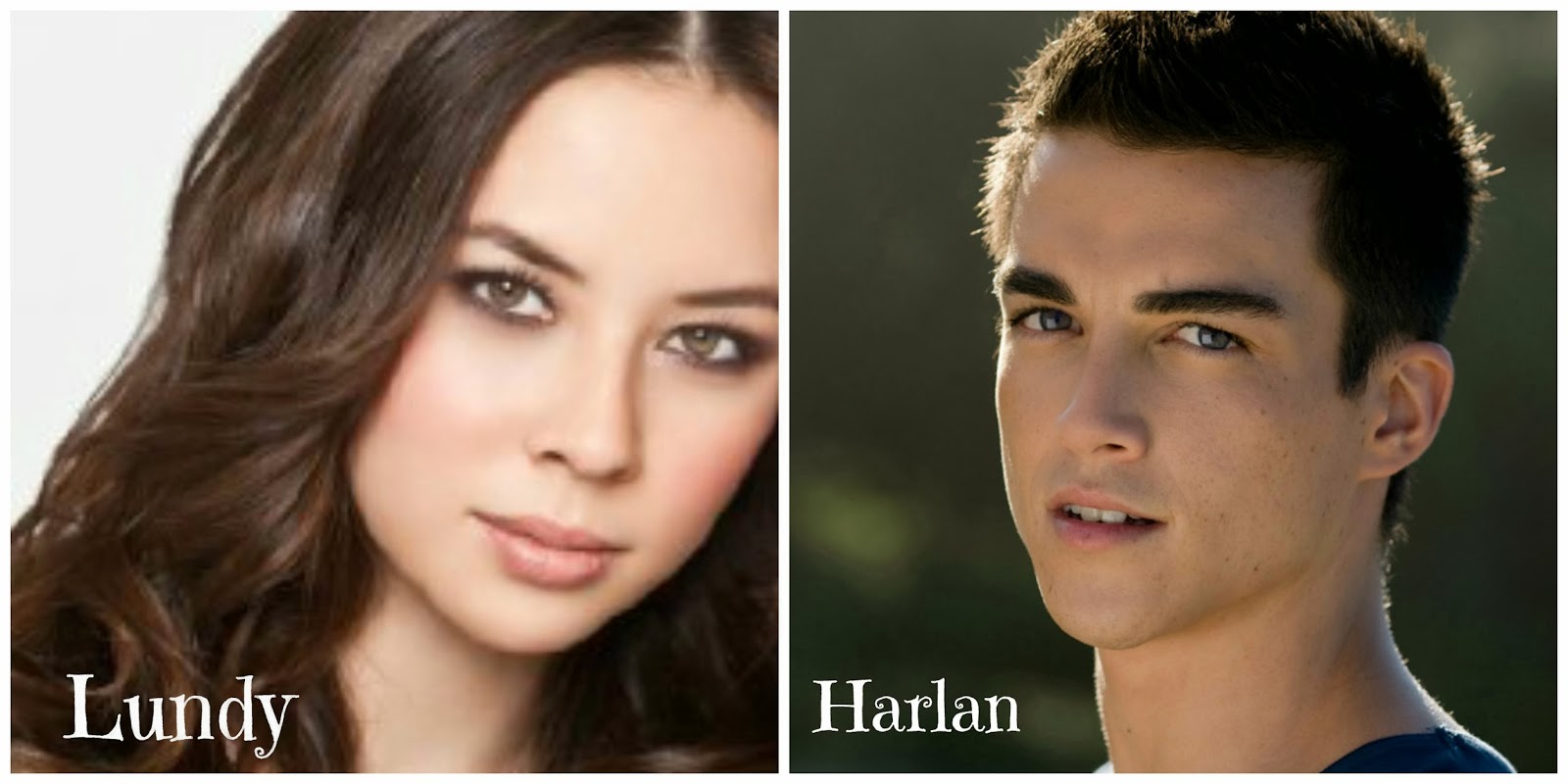 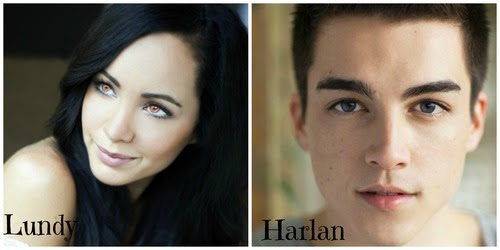 Harlan has not changed (although he'd need a wig) for my pick for the actor, but for the actress I'm torn between the two of these. 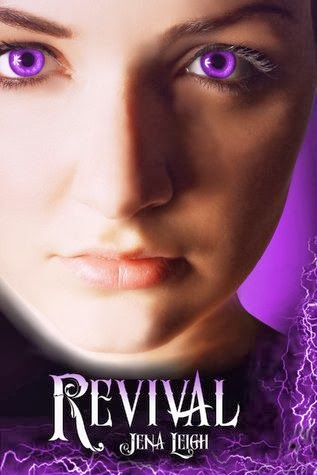 Fantasy novelists and readers unite! Do I have a fantastic book for you. It is called Revival (Variant Series book #1) and it about a young girl (junior in HS) who's life gets a bit complicated after her emotions (and unsuspecting powers) cause her to fry an entire computer lab. The life she had turned upside by this one act caused by watching her boyfriend KISS another girl in front of her (who wouldn't have an angry and sad moment?). All her life Alexandra Parker was normal (as normal as one can be; good grades, good boyfriend, great friends) and it was perfect, well almost perfect (having your parents die in a car accident when you are little and forced to move towns and go live with your free-spirited aunt makes it impossible to have a perfect life). Enemies, a stalker, a best friend caught in the mix, and new friends create a very wild ride in the life of one Alexandra Parker. Follow her journey as she learns to navigate her newly minted life, the truth of who she is and what really happened to her family (and others). I guarentee you'll root for Alex and friends (and her possible love life), and curse the enemies that makes you want to join forces to help stop the enemies all along wishing the book never had to end. Although the book is wrapped up rather nicely, there is still a bit of a cliffhanger (to lead into the next book, I am sure).

A MUST READ FOR ANY fantasy, ya adult, love story with a twist FAN.


**Another great tidbit? I read this book in a 2 day span and is perfect on a kindle for a quick read on vacation (or during the trip to get there). There is also wonderful paperback versions (I prefer to feel the book, but kindles are amazingly versatile!)

I am also one of those individuals that really picture the characters and create my own fantasy cast (I am sure I am not the only one!): 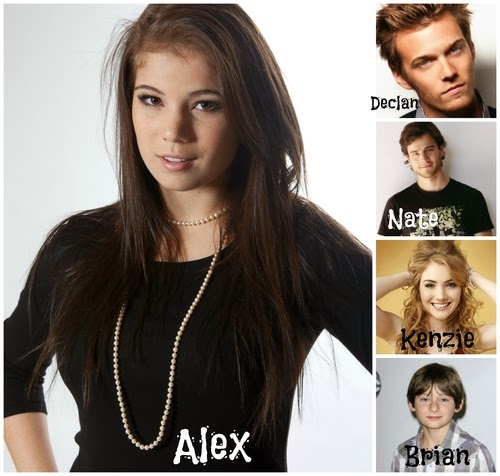 How did I do? Read the book and let me know what YOU thought!

Leaving you with one more thought (because I am a fantasy/supernatural junkie): If you awoke with super powers, what would you want them to be?