So I just finished binge watching all episodes, yes all (over the course of 3 days and breaks in-between, but still). I really enjoyed it, and I really enjoyed all the actors I saw within the show as well. Rachel Taylor is amazing at playing the best friend Trish, I especially loved the nod to the comics by her holding up the superhero costume. Krysten Ritter is of course, as always, phenomenal; her portrayal of Jessica was very believable as a snarky, drunk, that deep down wants to help people. David Tennent is another amazing actor, this time showing his chops as the villain, Killgrave (Purple man). Even if he’ll always have a place in my heart as the good doctor.
Another reason it was so good? Besides the little nods to the comic, it was all its own, and although it showed; it showed in the best way. I wanted it to continue, although, was hoping for a bit of change (please bear with me): I wanted Killgrave to be good, well, end up good. David Tennent truly did a fabulous job portraying a villain that one would hate; he tortured Jessica and countless others, but his back story makes you (well me) that he can be redeemed. Even if villains don’t get happy endings. I still think it would have been interesting to see Jessica help in. After everything that he had done, to show that people can change. I also truly believe he wanted love, Jessica’s love. I think Jessica was looking for redemption, but also love.
Could she get that love from Luke? Perhaps, yes. There were obstacles, but nothing they could not overcome, and he obviously cared for her. Jessica had more than she realized she had in the way of friends and people who cared; she just does not think she deserves it.
Maybe I just watch to much OUAT and think everybody deserves a second chance, albeit with a watchful eye. Killgrave would have way too much to atone for, if it went that way.
What do you think?
P.S. Little Jessica actress you were fantastic!
No comments: 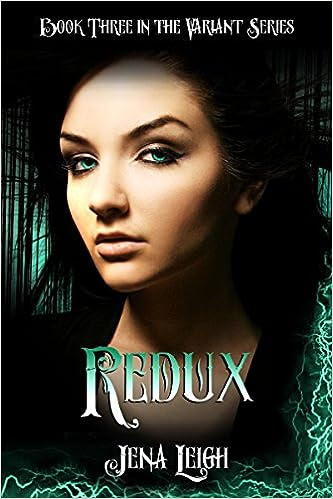 Jena Leigh has done it again with her third book in the Variant Series aptly titled Redux. If you love sci-fi/fantasy then this book has it all. Powers (check), time travel (check), strong characters (check), villains (yep). Your emotions will fluctuate and you'll enjoy the ride the book weaves.

The story takes place in the past, but keeps roughly the same characters in play as the first two books (haven't read them? check book #1 and #2 out), but with a twist: only two are from the future. Alex is desperate to change the past and make a better future for her friends and family. Declan is determined to not let Alex do it alone. The problem? The jump did not go as planned. So while trying to fix the past, Alex is desperate to find Declan too. Throughout the book there are difficult choices to be made, new friends to be had, and revelations that will throw you in a scramble hoping that all survivor this new/past adventure. Will everything change or will it be as it was supposed to be all along?

You’ll feel it all. The hope, the struggle, the possibility of loss; but ultimately you’ll see fate at its finest in this tale of the past the will most likely lead to book number four. And you will hope for a redux and that the book does not end. 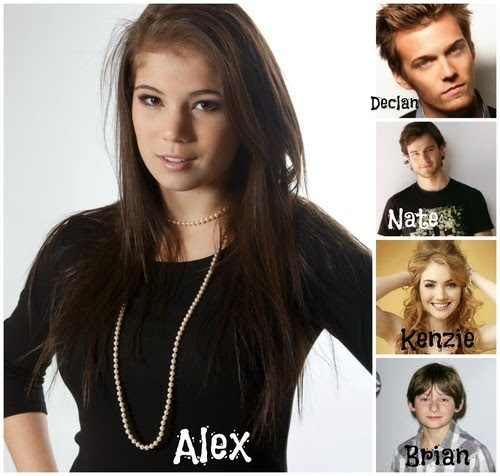 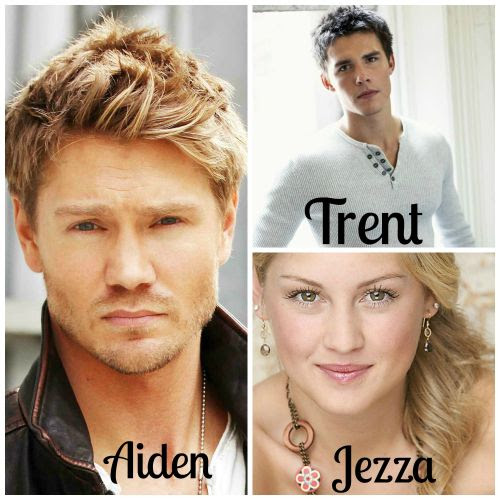 I hope you enjoy my old and slightly new version (second) to the newest book.

Simone Snaith, as I have stated before is an amazing writing (check out her books). So when I heard about her next installment I knew I had to read it. It did not disappoint in the least.

The Indigo Stone is about a young girl named Eine who is orphaned and alone for most of her seventeen years living on the streets in a city where it almost never stops raining. She has never ventured far from her little home under a cart that was filled with garbage (picking it knowing others would not try to take it), unless to steal food from shops around town. She was not extravagant in her thieving only taking what she needed, which was heartbreaking in itself. All that changed when she met a boy that she named "Noname" for he would not tell her his actual name - although some called him "Ney". From then on she was whisked away from her life and into another learning all she could from her companions (Ney traveled with a friend Anda). She was smart and knew things (memories) from her past, but that still did not stop her from being confused about the outside world often. A quick study, and a heart of gold made her two companions treat her fairly. They both cared for her very much, although it took some convincing to let her go with them out of her original city. There journey through the pages is a great big fun puzzle that you have to figure out with every twist and turn that comes the "heroes" way.

If you like paranormal fantasy's then I think you'll like this one. Filled with powers, relate-able characters, and a beautiful world detailed well by the author. You root for the good guys, and if you are like me, you'll enjoy watching Eine become the person she is suppose to with room to grow.

My first choice was Robin Williams for Anda (R.I.P.), and I know Noname is suppose to be 20 with no scruff on his face, but that is easily fixed.

OUAT (Once Upon a Time) 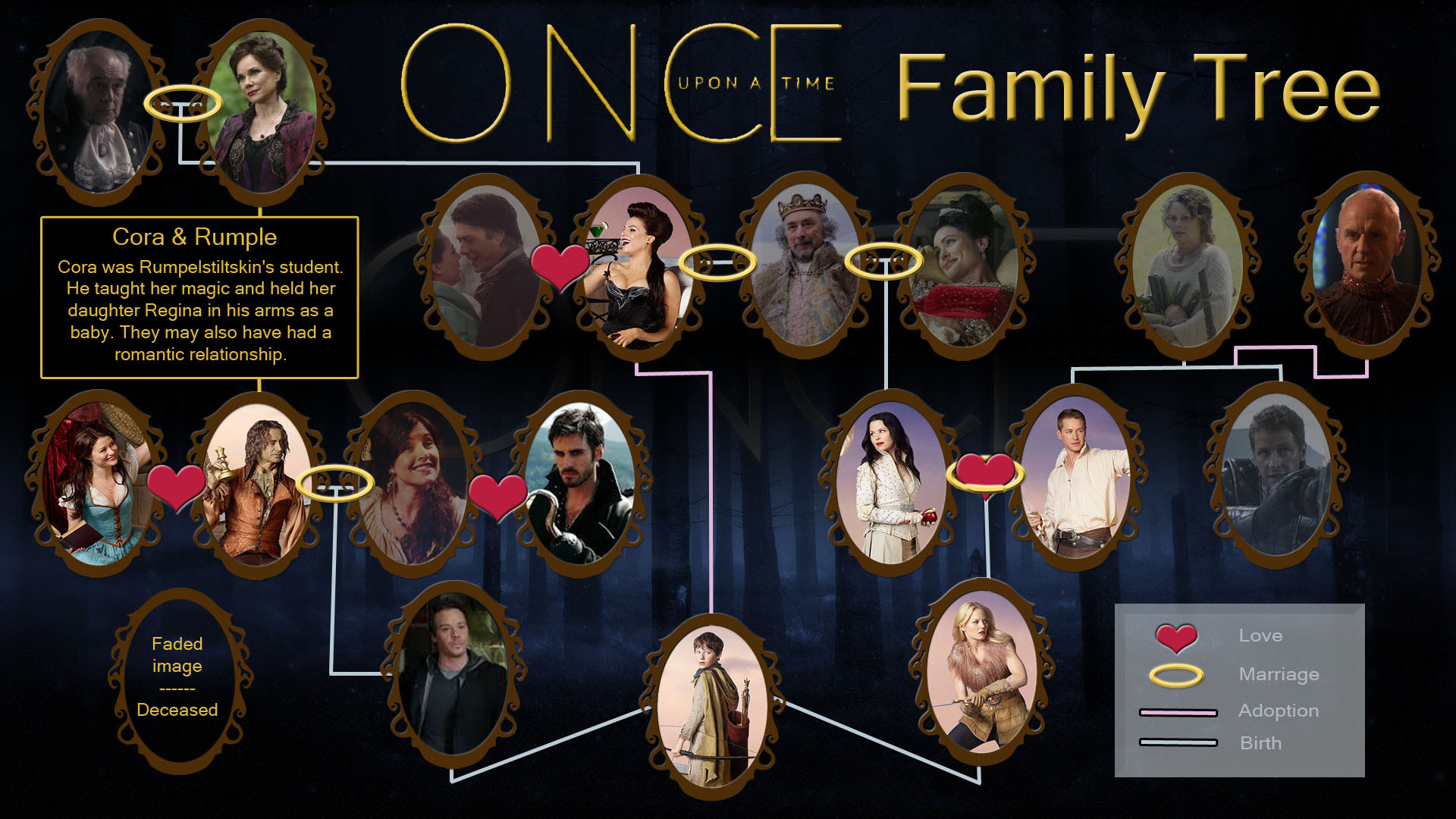 (photo found via google search: not up to date)

Grimm mixed with Disney? Yes please. This show has become my greatest obsession since it aired (along with a few other lovely shows). There are so many reasons I am drawn to this show (the costumes; both fantasy land and “real world”, the wit, the drama, the fantasy…), but to me it is a really inspiring show on so many levels. I also truly love how it's not just a Grimm/Disney hybrid; it is it's own show that uses it's own spin on the stories we have known via either outlet (or both).

It makes you have characters you love, ones you hate and then by a switch you are loving the ones you hated. That is good writing!!

The quotes! How many great quotes are there? A TON.

I do not know about you, but once OUAT comes back my writing seems to sky rocket. I love love when inspiration bamboozles you and kicks your butt into high gear even if the content is not the same as your own.

So thank you OUAT for continuing to bring out the little girl in me, the writer in me, and to have an hour to lose myself in the fantasy of your world.

I cannot wait to see what next season holds!! Ah summer breaks seem so long. Maybe it'll be re-watch via Netflix. And than more writing for me.

Who's your favorite characters?
No comments: 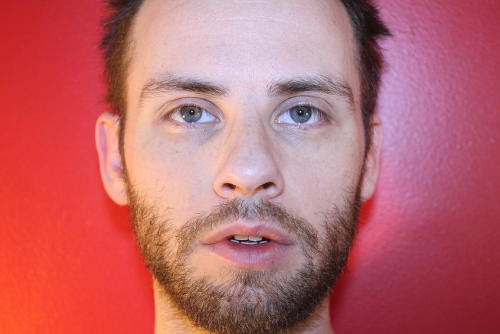 Scott Andrew Moffatt has made a name for himself.

As one-fourth of the band The Moffatts he has seen fame and success, with hits such as Miss You Like Crazy and Bang Bang Boom. When the band decided to call it quits for personal reasons his dream of music did not. Scott went on to form the band The Boston Post and releasing an EP with them as well. They saw some minor success, but eventually decided to end the band for unknown reasons. Afterwards, Scott decided to rejoin with two of his brother's forming The Moffats (making sure never to use their real spelling unless it was all of them) for a brief time. Eventually he moved along becoming a solo act as well as a producer for numerous bands that have seen success in their own way. Scott has proven, and continues to prove, time and time again; even receiving numerous accolades as a producer, songwriter, and musician. A triple threat. He does everything with a passion and it shows.

Continuing now on his second solo album; he is looking towards the future, and using the resources of media to help him in his mission to do what he loves; music. Let his music speak for itself. Listen here.

Personally I feel his album is worth it; a mix of pop, country, and folk with a vibe all its own. It steps you into a world all his own. Scott Moffatt’s (S.A.M.) voice has a uniqueness all its own as well: raspy, deep, and yet melodically sweet like a mockingbird. With heart and soul he sings, and you feel each note, each lyric because of it. It can lift you up, make you dance, or just envelope you like a warm blanket on a bad day. It's life, with a bit of sass all rolled into one; and it's glorious.

So…if you want to help him: donate to his indiegogo page where Scott shows not only his gratefulness, but his intelligence for the craft he loves so much. That on its own makes it worth it. But, if that is not enough; as always with these platforms, there are reward incentives artists give to help make it extra worth it. Even if you can spare $1; every little helps to get this wonderful music out.